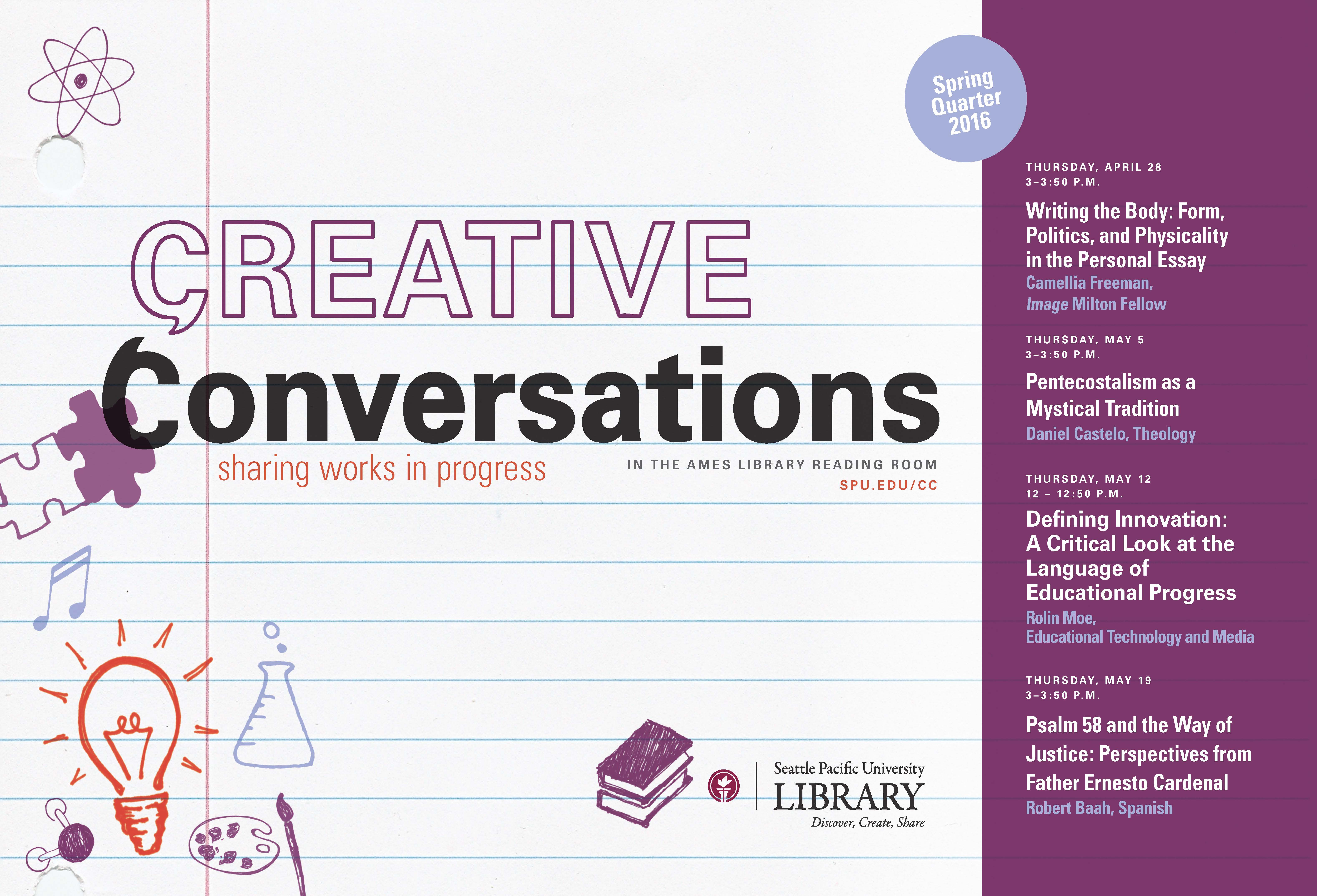 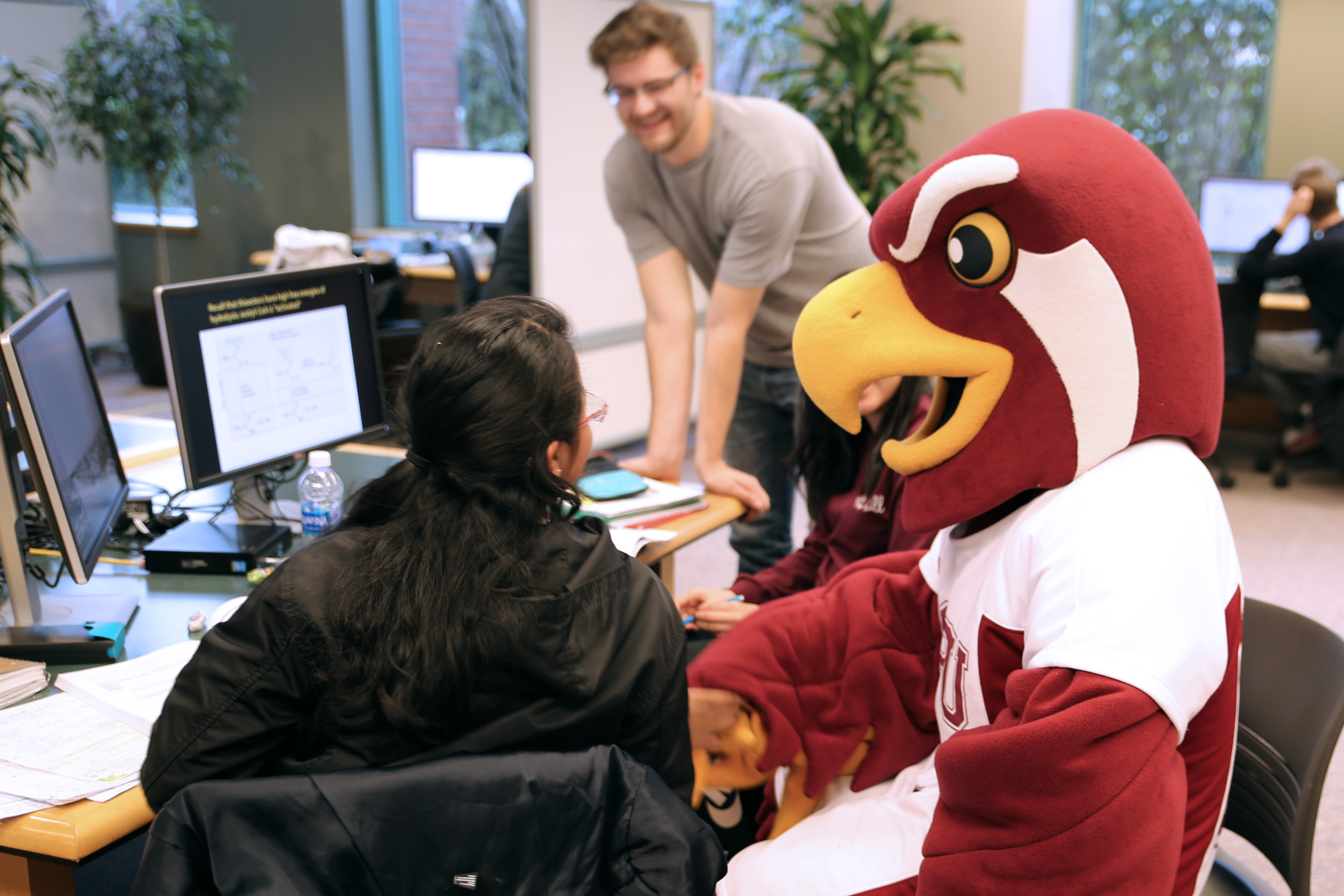 NAP events have been happening across Europe and the US. This year, SPU will join the ranks and take a stand against procrastination.  Our goal is to get as many students as possible in the Ames Library working on end of the quarter papers, projects, and exam prep–to avoid procrastination and have fun getting their work done!

If you are interested in getting involved–perhaps sitting at a study table for an hour, helping with advertising and promotions, or working at the check-in desk–please contact Peter Moe (moep@spu.edu).

Fun will include hourly drawings for gift cards; pizza and snacks; and yoga and Zumba study breaks. In addition, Writing Center and Study Tables tutoring will be available, as well as faculty and reference librarians. Here’s the (tentative) schedule:

Study Breaks: Yoga and Zumba breaks on the hour; raffle drawings for gift cards at local coffee shops; pizza break at 10; and a grand prize drawing for lunch with President Martin. 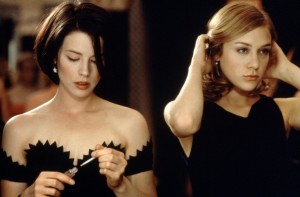 Join us this Spring for Creative Conversations. Bring your curiosity and join in conversations about the discovery, creation, and sharing of knowledge. 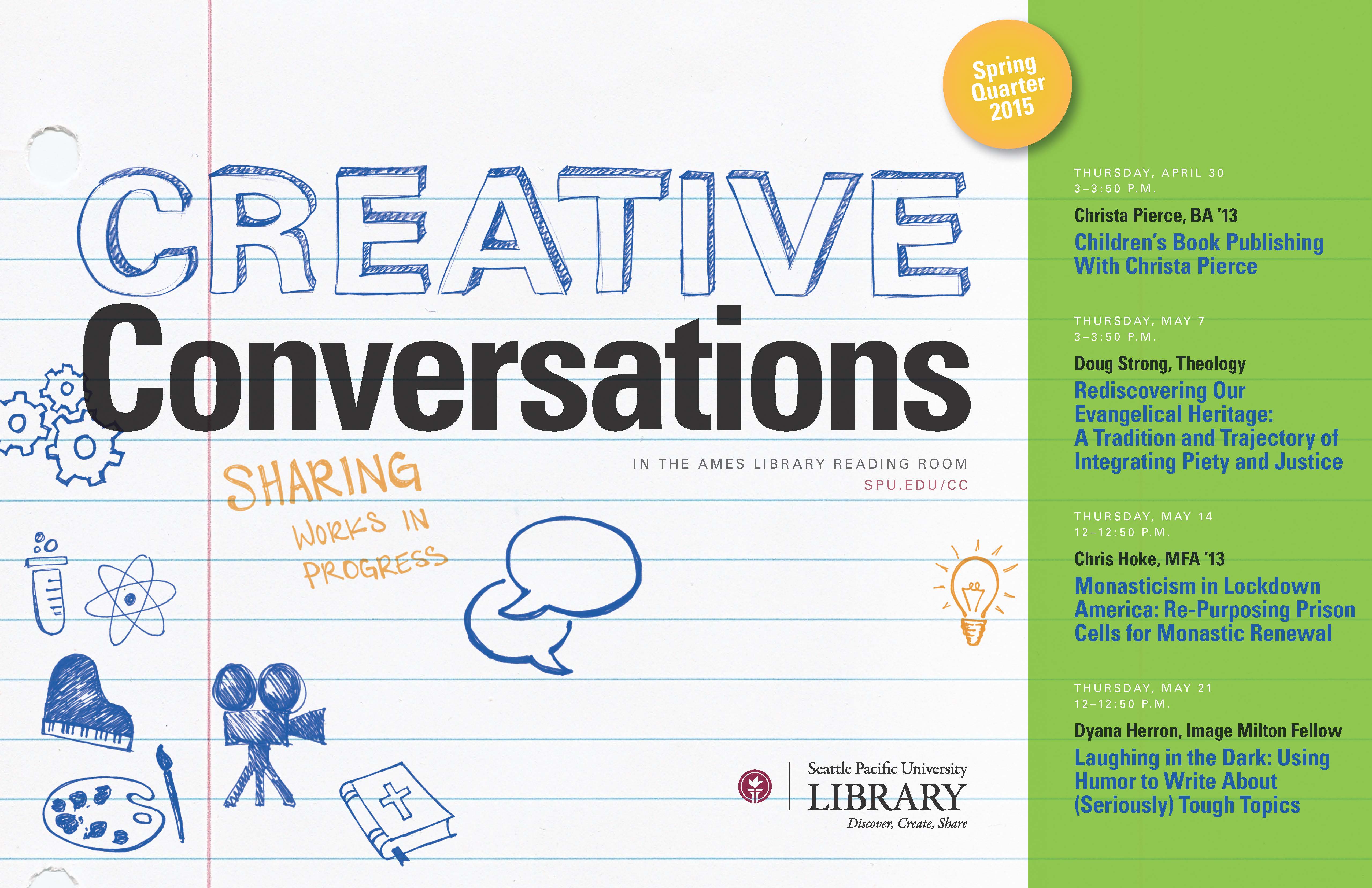 Did You Know How Much I Love You? Children’s Book Publishing with Christa Pierce

SPU Alumna Christa Pierce will be telling the story of how she signed a two-book deal with HarperCollins during her senior finals at SPU, and sharing what industry knowledge she has learned since. Come join the conversation if you love art, writing, or kid’s books, and are interested in learning more about publishing, agents, and editors.

Rediscovering our Evangelical Hertiage: A Tradition and Trajectory of Integrating Piety and Justice

In the book by this name published forty years ago, Donald Dayton “showed that many evangelical Christians in the 19th century didn’t distinguish between a private faith focused exclusively on personal salvation and radical concern for the poor and oppressed…It wasn’t an evangelical faith concerned only about heaven and the life hereafter but also about bringing the kingdom of God into this world.” [Quoted from the “Foreword” by Jim Wallis.] Doug Strong, who had the honor of writing a new introduction and conclusion for the republication of this classic text, will be presenting second edition of this book.

As a chaplain in a Washington State county jail for the past ten years, much of Chris’s time is spent with men whose lives are spent in an environment with many of the major ingredients for a monastery: all men, wearing the same clothes, set apart from temptations and their daily hustle of addictions and distractions, deeply examining their lives, while spending most of their days in small bare rooms called cells. At the same time, Chris has been exploring monastic spiritual formation in his own life: community, humility, repentance, quiet, prayer, study and deeper transformation by mercy. He has explored both in practice with inmates, and in writing (in Image Journal’s “Good Letters” blog), how we can appropriate monastic practices inside the hard shell of the America’s dismal penal system. He is considering developing this into my second book.

Laughing in the Dark: Using Humor to Write About (Seriously) Tough Topics

Each year SPU and Image Journal award a one-year writing and teaching fellowship to a postgraduate writer working to complete his or her first full-length fiction, creative nonfiction, or poetry manuscript. During this Creative Conversations talk, current Milton Fellow Dyana Herron will discuss her project—which explores the experience of having a family member sentenced to federal prison—while focusing on both the advantages and potential pitfalls of using humor to approach painful or delicate material.

Re-Designing the Bible for Reading, and How Kickstarter Made It Possible

– From the Friends of the Library Newsletter, Spring 2015

In mid-2014, book designer Adam Lewis Greene launched a Kickstarter campaign to fund his first independent book publishing endeavor, Bibliotheca. According to Adam,Bibliotheca aims to free biblical literature — a cornerstone of Western culture and storytelling — from the dense, encyclopedic typographic conventions to which it has been almost exclusively relegated for centuries, and to give it fresh expression as a multivolume set of elegant, traditionally designed books conducive to enjoyable reading. The fundraising goal was quickly surpassed 40 times over, totaling over $1.4 million and making Bibliotheca one of the top 50 Kickstarter campaigns to date out of over 197,000.

Being more or less a student of the age-old disciplines of type design, typography, book design, book illustration, calligraphy, and print, Adam is fascinated with the dissemination of ideas via the book and the letter, as well as the history and future of writingand print. Confronted with an increasing tendency in design culture toward the superficial away from the substantive, he is interested in finding and creating artifacts that possess intrinsic beauty and goodness, and he thinks a well-made book is just about the best example of this. In this lecture — which is free and open to the public — Adam will talk about his vision for Bibliotheca and how he is implementing it. More information about the project is available from Bibliotheca.

Who: Adam Lewis Greene
What: “Re-Designing the Bible for Reading, and How Kickstarter Made It Possible”
When: Thursday, April 23, 7:30–9 p.m.
Where: Upper Gwinn Commons