Seattle Pacific University was founded in 1891 as Seattle Seminary, a school for educating young people in a Christian setting. Elementary and high school classes were the focus of the early years of the Seminary. During this time, there was only one building on campus: the Red Brick Building, now known as Alexander Hall. All parts of the school, including the library, such as it was at that time, were housed in Alexander Hall. The records from these early years are incomplete, and little is known about the location or size of the library in these first few years.

The first official campus library was located in the Administration Building, now known as Peterson Hall. Peterson Hall was constructed in 1904, and housed a chapel, offices, classrooms and labs along with the library. In 1914, as the institution began the change from Seattle Seminary (a high school and college preparatory school) to Seattle Pacific College (a four-year liberal arts college), it became apparent that a new and larger library would be needed. Registrar and Professor of History Omar A. Burns led the initiative to build a library collection for the small college. Burns solicited donations of books from pastors throughout Washington and Oregon, adding useful books to the collection and selling the books that were not helpful and using the proceeds to purchase needed volumes. Burns was so successful in this that new shelving had to be purchased in 1916 to house the collection he had built. 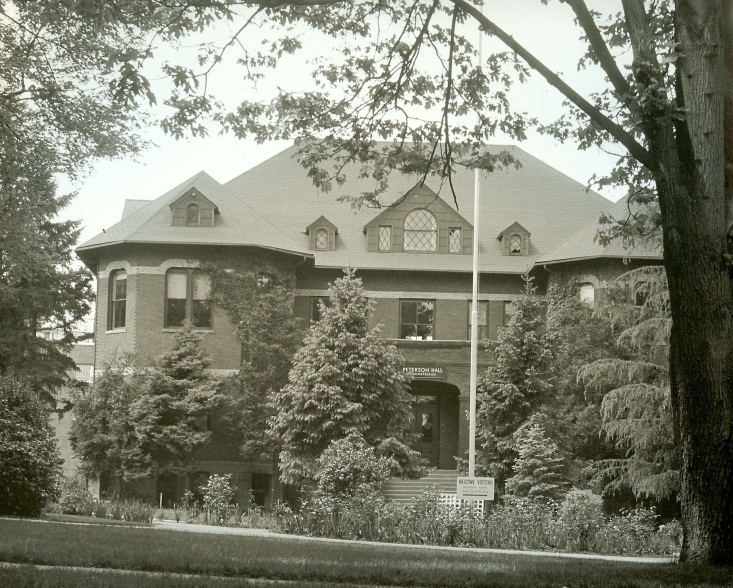 It was estimated that Burns gave somewhere in the vicinity of $3,000 dollars’ worth of money and materials to the library. Upon Burns’ death in 1930, the Board of Trustees voted to name the library for him.

Seattle Pacific College catalogs from the period describe the Burns Library as containing more than 15,000 books and over 180 periodicals, all of which were catalogued using the Dewey Decimal system. The catalogs boasted that “many new books are added to the library each year” a fact proved by the regular notices of new additions to the collection in the student newspaper The Falcon. For the next two decades, the Burns Library served the SPC campus. However, by the late 1950s, the student body was outgrowing the Burns Library. 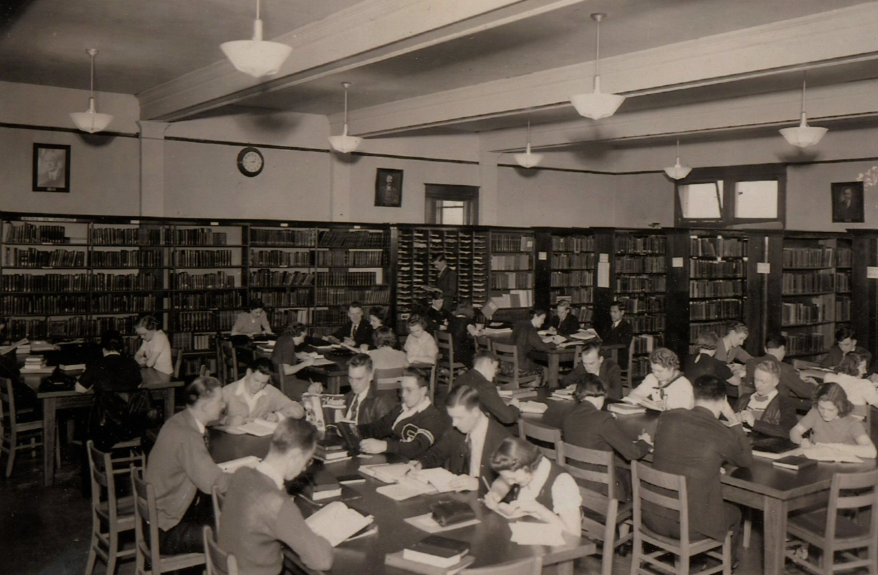 The early 1960s saw the completion of many new and needed buildings on the Seattle Pacific campus. One of these needed structures was a new library. Weter Memorial Library was completed in 1963 after a substantial fundraising drive. The building was named for James P. Weter, father of longtime Seattle Pacific Professor of Classical Languages, Dr. Winifred Weter. The elder Weter was a Seattle lawyer whose large financial gift launched the process of constructing a new and badly-needed library for the College. 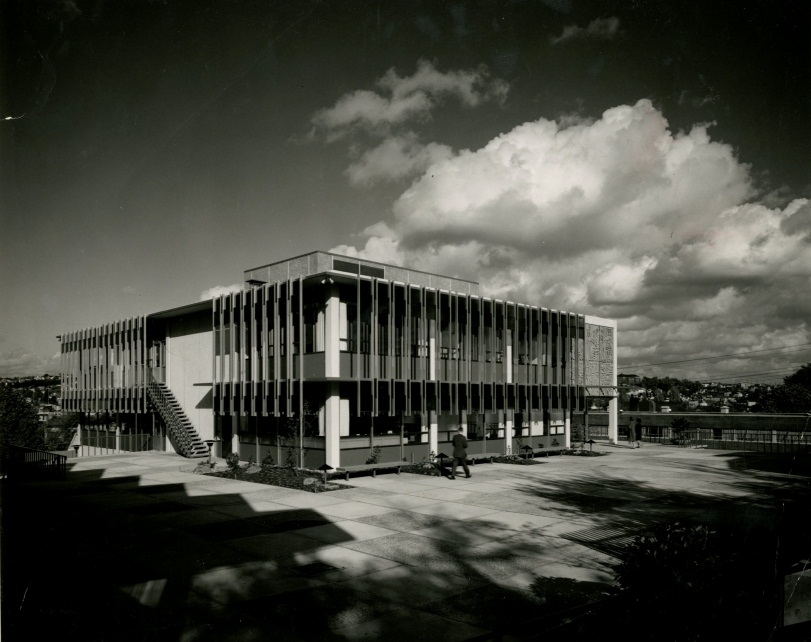 Weter Library was a huge improvement on the Burns Library, with three floors worth of materials, study rooms, and lounge areas with comfortable furniture. A typing room, microfilm equipment and individual study carrels were also strongly advertised features of the new space. 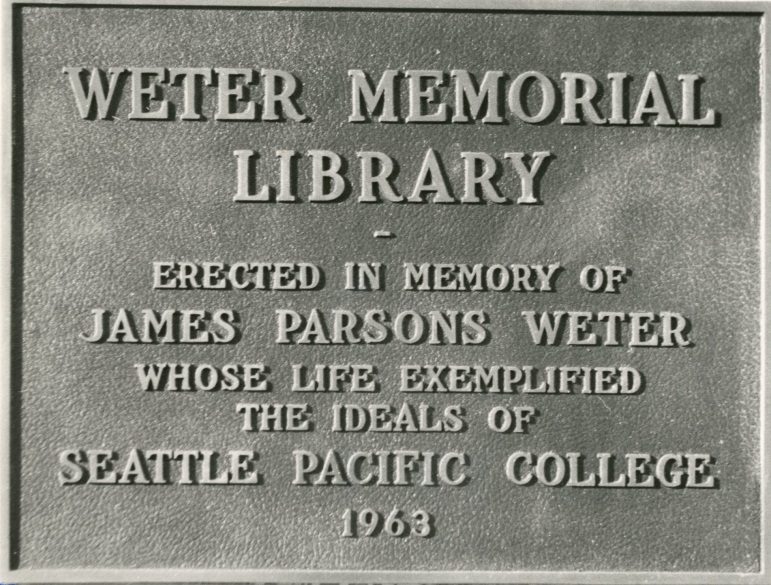 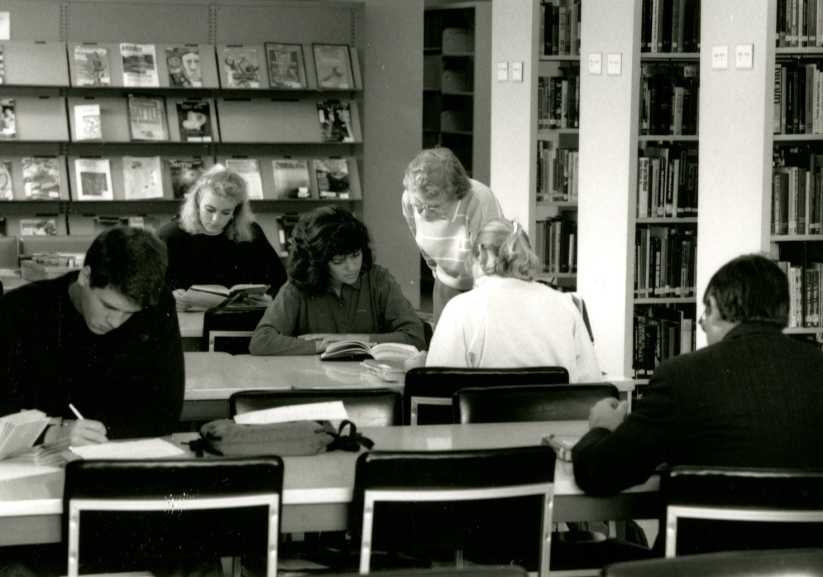 The building also featured a mosaic made of pre-cast concrete over its entrance. Spokane artist Harold Blacs made the sculpture, which depicts the development of writing and the various forms of alphabets used throughout history. 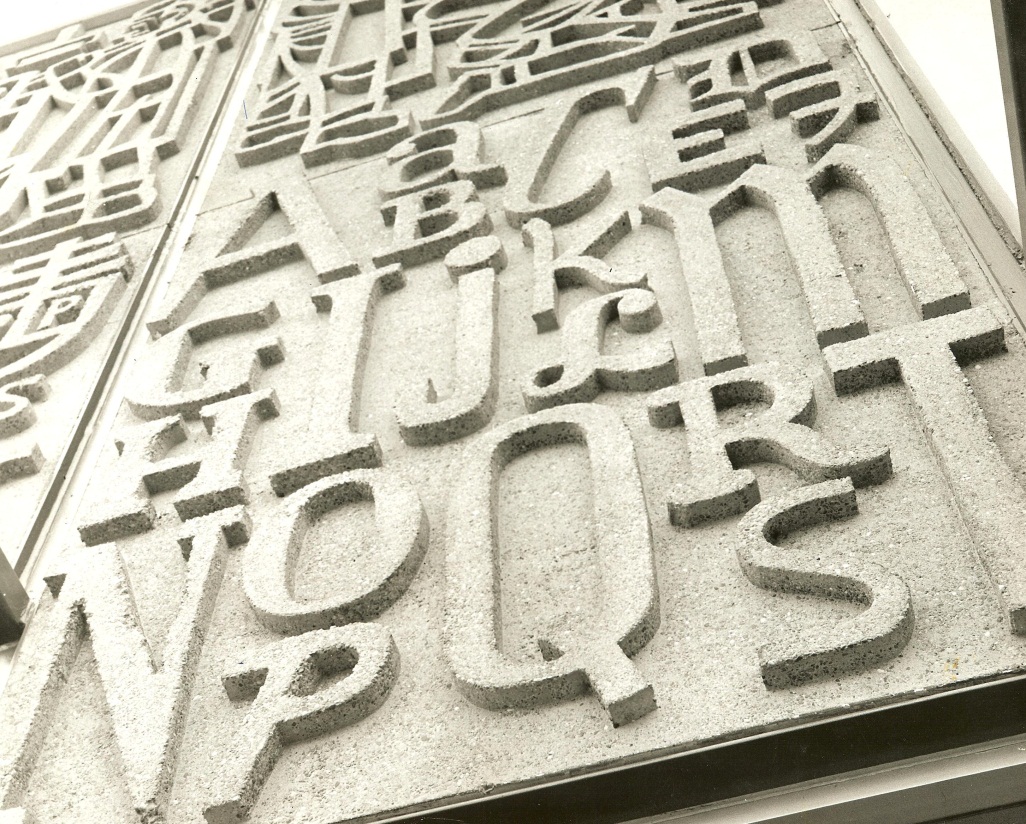 Weter Library (now called Weter Hall) still stands in the middle of campus, across from the current library building.

The current library building – known as the Second Century Library during its development and construction – was completed and opened in 1994. A handsome brick 4-story structure, the current library has seen many changes in the academic library world. When the collection was moved from Weter Library to the current library its call numbers were changed from the Dewey system to the preferred academic system: the system used by the Library of Congress. The books and periodicals used in the Burns Library and the microfilmed articles used in the Weter Library have been joined by e-books, digital journals and wireless Internet connections. Like its predecessors, the current Library is widely used as a study space and for student and faculty research, where scholars can discover, create and share. 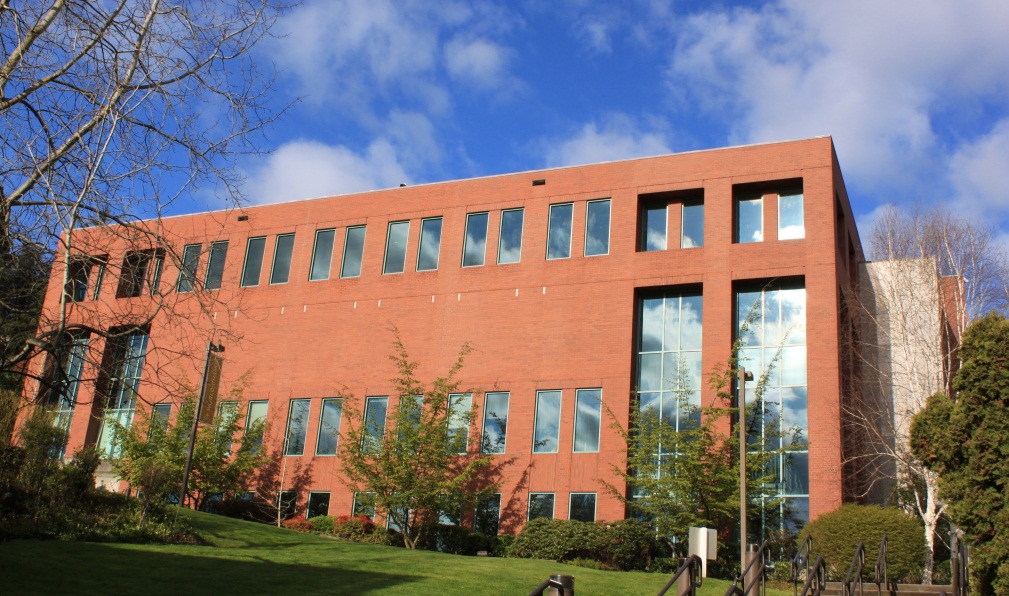