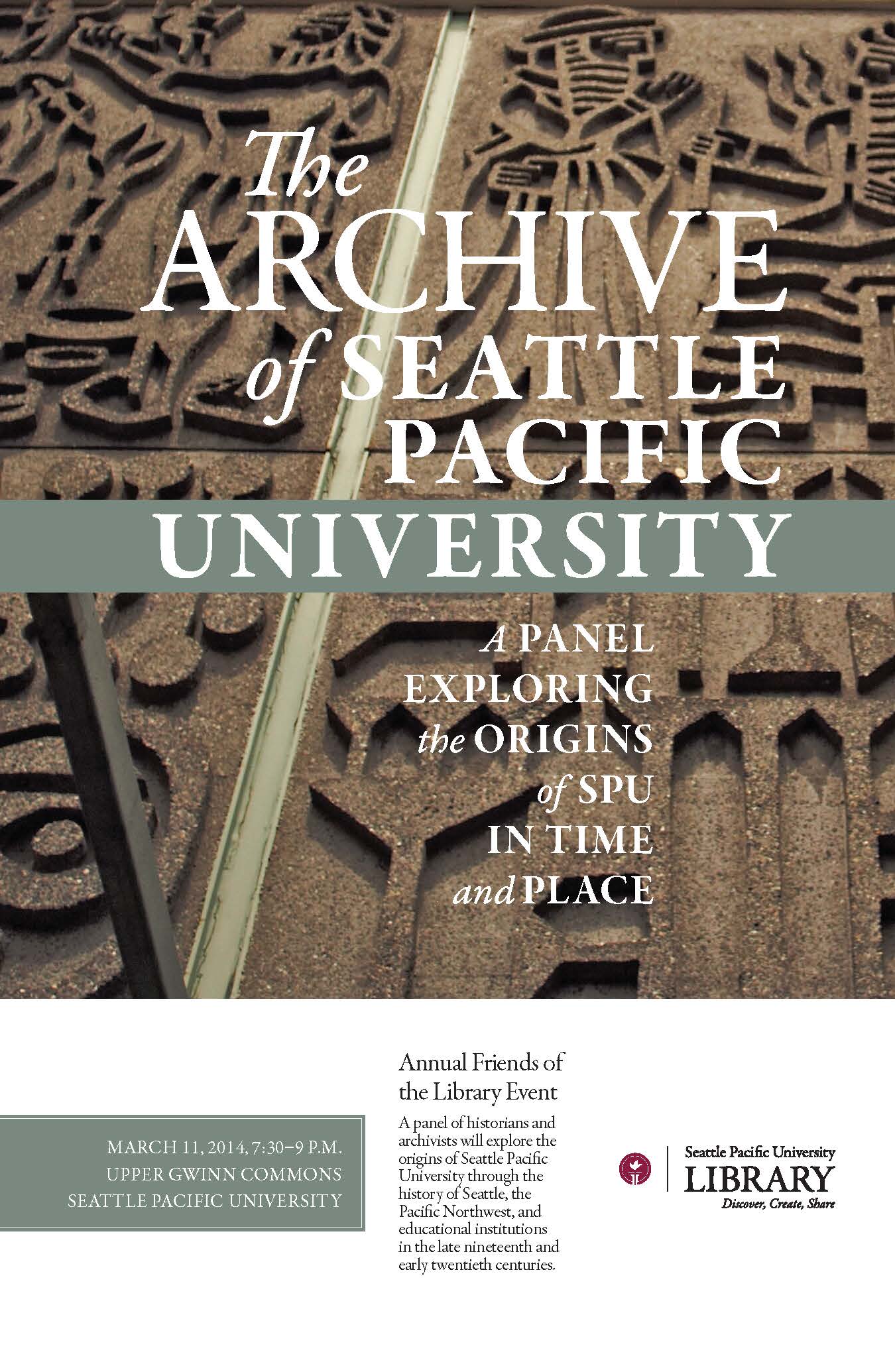 On Tuesday, March 11, 2014, 7:30-9 p.m. in Upper Gwinn Commons a panel of historians and archivists will explore the origins of Seattle Pacific University through the history of Seattle, the Pacific Northwest, and educational institutions in the late 19th and early 20th centuries.

When the school that became Seattle Pacific University, Seattle Seminary, was founded in 1891, Seattle had recently emerged as the largest city in the new state of Washington and there was broad interest in establishing schools to prepare for the region’s future.

Inspired by a passion for mission and place, the seminary’s founders proclaimed their belief in “teaching for the future” and their ambition to provide a place where students would acquire a thorough “education for character.” In 1930, the school’s leaders wrote that they had witnessed the transformation of both their “great city,” “from a village in a deep and lonely forest … to the great metropolis of the Pacific Northwest,” and their “small denominational Academy located on a barren hillside into a leading liberal arts College, on a beautiful tree-covered campus.”

Each panelist will focus on a different facet of the content and nature of the historical record that enables exploration of these transformations and better understanding of the SPU that exists today.

The event is free and open to the public.