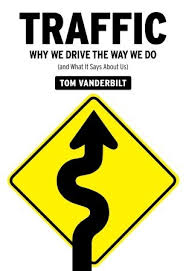 In early August, 2012 ERIC database administrators discovered that sensitive personally identifiable information appeared in some full text documents contained in the ERIC database collection. Specifically, social security numbers and other highly sensitive information were found in multiple documents and in a way that could not easily be isolated. For that reason, they had to temporarily disable access to many full text documents (text from the ERIC website).  While the ERIC staff is seeking to restore access to documents as soon as possible, it may take a while. In the meantime, the SPU library has developed the following steps to locate the full text of ERIC documents:

I receive many archives questions via telephone call, but this was definitely one of the most interesting. The woman on the other end of the line described her question: a family history search had turned up a family member name in a US census from the 1920s. This family member, George, had been a young boy, elementary age, at the time of the census, and the census taker had registered him as being an “inmate” at Seattle Pacific College. What could that possibly mean?

In the early part of the 20th century, teacher training was done at “Normal Schools,” and part of that training involved, as it does today, practice teaching on actual students. In current times, teachers-in-training go to elementary or secondary schools to do this practice teaching, but in the early part of last century, many Normal Schools had their own elementary schools attached, so that the trainee teachers wouldn’t have to go far to find students to practice on. Seattle Pacific’s Normal School (the forerunner to today’s School of Education) had its own small elementary school, which was also a boarding school. The students there would come from far away and live on campus during the school year.

What about the term “inmate,” though? Think of the poor census taker, faced with a group of elementary aged boys and girls living at a college! He probably had no good term to use to classify them, and had to pick from a list of less-than-perfect words to describe the students. While some of the implications of the term “inmate” are unfortunate, it does get at the fact that the children lived on the campus, which is really all the census needed to know.

I sent a set of scans from the SPC catalog to the researcher, including George’s name on the class list, some information about the Normal School, including tuition and room and board rates, and a photograph of the building the elementary students had classes in. Another mystery solved by the archives!

To read more about the history of teacher training at SPC, read Clint Kelly’s Response article regarding the subject.